Sometimes your employees will say “I don’t know”

In this episode, I shared a story about a recent conversation with another business leader. The business leader said that he had to do all the client meetings because his employees would often say, “I don’t know,” to some client questions.

I get why the business owner, the leader in this situation, was a bit upset – but he took it to an extreme, deciding that no employee would talk to a client by themselves. When I heard this story, I began to gently challenge the leader to take this opportunity to coach – not to take work back from his team.

“I Don’t Know” is an Acceptable Answer – Listen Now!

“I don’t know” is a perfectly fine answer

The leader in this story had gotten so frustrated with his employee that he demoted that individual to a lesser role in the organization. I asked him how often he knew every answer to every question on the spot. He said about 50% of the time. So I then asked him what he says when he doesn’t know the answer, and it was a variety of, “I’ll look into it and let you know what I find.”

There are a couple ways to engage with me and other leaders!

Get exclusive leadership ideas once a week, delivered to your inbox.

Get engaged with other leaders sharing great insights in the free, Lead from Anywhere Facebook Group. Click the button below to join.

Saying “I don’t know” is better than pretending to know

So I then asked him why his employee couldn’t have answered that question the same way. He had a whammy of a realization at that moment and recognized he had approached it all wrong. In doing so, he had demoralized his employee, and he had added work back onto his plate. He course corrected this over the next 30 days, and by the time we all spoke again, the employee was back to client meetings and had an answer ready for when she didn’t know something, and the business owner was much happier!

Here’s the deal – it’s ok to say, “I don’t have the answer, but I can find it.” To anyone. At any time. The truth is, most people who are asking the question gladly accept that response, knowing their question will be addressed the right way. They would much rather hear that than being told that you do have the answer (when you actually don’t) and then watching to flub your way through a half-assed response. I would venture to guess that most people would rather hear, “I don’t know,” period – full stop – than someone pretending they do know the answer when they really don’t.

How to lead employees who say “I don’t know”

The good news is, this is a fairly easy problem to fix. When you are coaching and training your team, give them the words on how to answer questions they don’t know the answer to – it’s as simple as, “I don’t know, but I will find out,” or, “I have made note of that question and I need to talk to my team first to make sure I give you the right information.” Let your team know it’s ok to answer questions that way, as long as they do follow up on the question.

Over time, they will build a database of answers to a lot of the questions asked, becoming a more well-rounded team member, all because you gave them the ok to not know everything about everything – and you showed them how to deal with questions they couldn’t answer.

Julie Bee is the founder of Lead from Anywhere, founder of BeeSmart Social Media, member of the ForbesWomen Forum, and graduate of Goldman Sachs 10KSB program. In her spare time, she grows trees, paddleboards, cooks with cast iron, and tinkers. 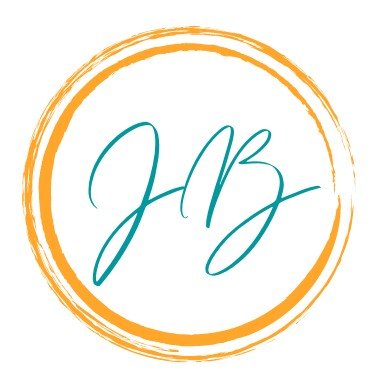 Julie Bee is an award-winning entrepreneur, a compassionate and empathetic leader, a storyteller, author, and public speaker.

© Copyright 2012 - | All Rights Reserved
Page load link
We use cookies on our website to give you the most relevant experience by remembering your preferences and repeat visits. By clicking “Accept”, you consent to the use of ALL the cookies.
.
Cookie SettingsAccept
Manage consent

This website uses cookies to improve your experience while you navigate through the website. Out of these, the cookies that are categorized as necessary are stored on your browser as they are essential for the working of basic functionalities of the website. We also use third-party cookies that help us analyze and understand how you use this website. These cookies will be stored in your browser only with your consent. You also have the option to opt-out of these cookies. But opting out of some of these cookies may affect your browsing experience.
Necessary Always Enabled
Necessary cookies are absolutely essential for the website to function properly. These cookies ensure basic functionalities and security features of the website, anonymously.
Functional
Functional cookies help to perform certain functionalities like sharing the content of the website on social media platforms, collect feedbacks, and other third-party features.
Performance
Performance cookies are used to understand and analyze the key performance indexes of the website which helps in delivering a better user experience for the visitors.
Analytics
Analytical cookies are used to understand how visitors interact with the website. These cookies help provide information on metrics the number of visitors, bounce rate, traffic source, etc.
Advertisement
Advertisement cookies are used to provide visitors with relevant ads and marketing campaigns. These cookies track visitors across websites and collect information to provide customized ads.
Others
Other uncategorized cookies are those that are being analyzed and have not been classified into a category as yet.
SAVE & ACCEPT
Go to Top